Warning: array_key_exists() expects parameter 2 to be array, string given in /home/aldacofi/public_html/wp/wp-content/plugins/easy-fancybox/inc/class-easyfancybox.php on line 208
 THE EDGE – Dream Fest Cinema english-version
Skip to Main Content 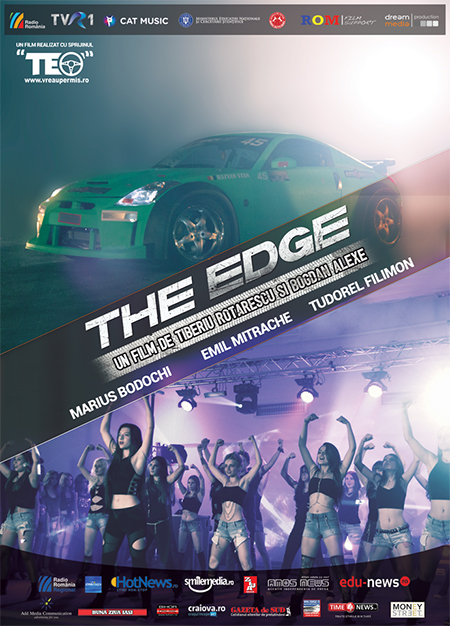 “The Edge” directed by Tiberiu Rotarescu and Bogdan Alexe – has an intriguing story that blends perfectly action, music, comedy and tension as well. We will meet a love triangle that arises rivalry between our main characters: Alin and Vlad. Who will win the heart of beautiful Ana-Maria and what repercussions their decisions will bring, remains to be found.

Ana-Maria is the star for which all “bets” are done, the boys trying to impress her during all the film.
This strained relationship between the two is somewhat tempered by Alin’s cousin – Serena, a  responsible teenager, passionate for music, fighting hard to become a great singer.
The comic side is present in the film through the actions of the Commando- team, the appearance of a dirty cop, played by Emil Mitrache, and by the attempts of the mansion manager, outlined by Tudorel Filimon, to fine every mistake made by the two rival camps.
In complicity with him, intervenes also  the negative side: a local mobster who thinks the whole world is at his feet. Marius Bodochi gives life to this character, bringing a touch of elegance at the same time.
The films shows in explosive, dramatic and emotional ways, the dangerous life which many of today/s teens are leading: speed, adrenaline, drifting demos, motocross, extortion and rivalry, climaxing with the final moral: … Who dares wins!